All Inclusive – Overcoming Barriers to Participation

FAIDD is a partner in an Erasmus+ funded project (2020-2022). The project aims to develop models and tools that would enable young people with disabilities to participate in Erasmus+ Mobility projects and actions. There are six project partners from Finland, Italy and Northern Macedonia, and Finnish organization Nuorten Ystävät coordinates the project.

On the way home

An own home is not something self-evident to all people. Many young people who need special support live in group homes or housing units even though with sufficient assistance they would be able to live independently.

In 2017-2019 ARA (The Housing Finance and Development Centre of Finland) financed and realized together with FAIDD a project titled #kotimatkalla (on the way home) to create new kinds of networks of housing and services that would make it possible for young people with special needs to live independently in ordinary apartments and get the support and assistance that they need.

The project endeavors to illustrate that individual housing solutions are by no means more expensive than centralized housing solutions. In group housing units the support received by the resident can at times be excessive considering the need. A shift away from too heavily supported housing solutions would free resources that could be used to realize solutions that enable independent living.

The project participants consisted of young people aged 18-29 who needed special support. Their current life situation and future needs were mapped from the viewpoints of the young people themselves, their close ones, support workers trained in municipalities and other stakeholder groups. The participants’ current housing situation and changes therein were assessed using, for example, tools developed in Scotland.

The project hopes to have a practical impact on young people’s lives and to give them greater freedom and responsibility with regard to their living arrangements. The guiding principle of the project was Article 19 of the UN Convention on the Rights of Persons with Disabilities, which requires that persons with disabilities should have the opportunity to choose where and how and with whom they live.

The Palkkaa mut (Hire me) project was a two-year project funded by the Funding Centre for Social Welfare and Health Organisations (STEA) to promote the salaried employment of people with intellectual disabilities. Participants in the national job coaching network were trained to adopt a new model of job coaching. They worked in cooperation with employers and their work was supported by producing materials and organizing visits to employer companies/organizations.

We trained peer instructors who will set up peer groups for persons with intellectual disabilities to chart their strengths and employment wishes and encourage them to apply for jobs.

The project involved people working in disability services and vocational schools, who were trained to act as so-called change agents locally. They will disseminate information and inspire others to join in and start embedding the model in their surrounding communities.

The Ikäihmiset ja maahanmuuttajat yhdessä (Senior Citizens and Immigrants Together; 2017-2019) project bringed together local actors working in the fields of elderly care and cultural diversity. The project produced in a collaborative framework activities where senior citizens and immigrants met and interacted.

The project was developed in cooperation with different associations engaged in elder care and organizations and training programs for immigrants. One form of this interaction was reading sessions held in easy-to-read language. The Minä luen sinulle (Let Me Read for You) campaign of the Finnish Centre for Easy to Read was realized each year as a part of the project.

The project supported local actors in starting up and developing the collaboration and designing the activities. Easy-to-read materials were produced and good practices shared during the project.

The project was coordinated by the VALLI – The Finnish Union for Senior Services and implemented in cooperation with the Finnish Association for Mental Health and FAIDD. The national project was financed by the Funding Centre for Social Welfare and Health Organisations (STEA). 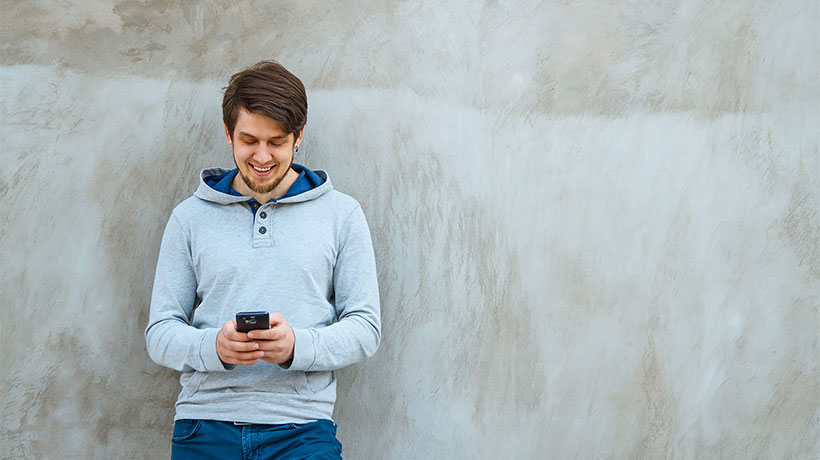 The Somettamalla uutta kohtaamista (New Encounters through Social Media) project (2017-2019) encourages and supports lonely young people and adults to interact socially by means of social media. The goal is to reduce loneliness.

An easy-to-use social media service has been created within the project, where users can communicate with each other and safely practice interaction and social skills. Through the service they can seek friends or someone to have conversations or spend time with or suitable company for different pastime activities.

Special attention is paid in the practical realization to accessibility and ease of use and users who need special support.

The project is coordinated by FAIDD and realized in collaboration with the Finnish Association for Mental Health, FAMH. It is funded by the Funding Centre for Social Welfare and Health Organisations (STEA).

Collaboration with Eksote and the Finnish Ministry of the Environment

The Finnish Ministry of the Environment, the South Karelia Social and Health Care District (Eksote) and FAIDD realized a housing development project aimed at creating individual housing alternatives for people with intellectual disabilities. Persons with intellectual disabilities were offered housing in ordinary apartments, instead of in group homes for 15 residents. The Eksote district piloted the project and the experiences gained there will be disseminated nationally.

The apartments were sought from among the ordinary housing supply and the required support was organized through, for example, contact points in the community of residence. The project charted the housing needs and capacities for independent living of persons with intellectual disabilities moving out of group homes, institutional care or their childhood homes.

Skills for living independently were strengthened through practice periods and personalized budgets for independent living. The participating persons were given a central role in the solving of their living arrangement questions. The homes and group-based solutions were integrated to the normal housing supply and not segregated into concentrations of special groups.